A downloadable Kreekakon for Windows

(NOTE: There are certain bugs we were unable to fix before the game jam deadline and we have tried our best to address the more potentially impactful ones in the "Known Bugs" section below)

Hey there punk! Wanna fight Sky Pirates while grinding along stone pillars like a badass? Then this is the game for you!

Help Colonel Manjaw take down the Sky Pirates! Fly around while leaving a stone trail behind you! Grind along it to charge your guns and take down your enemies!

All Sound Effects & Music except all voice acting and "Player Weapon Shooting" sound are from:
bensound.com
Soundly
freesound.org

Gameplay Instructions
Can be played with Keyboard or any Controller

When flying you will leave a stone pillar trailing behind you. Your character can grind along this pillar by touching it. You are able to aim and fire your weapon when grinding. You can end a grind early by launching yourself off of it.

2. While aiming with your guns sometimes the target in your crosshair will sometimes not take damage which is indicated by a lack of a bullet impact sound (Targets which can be damaged are enemy ships and boss weakspots). If this happens try to shoot the target from a different angle or alter your character's angle on the currently grinded pillar using Q or E (LEFT and RIGHT SHOULDER on controller).

3. Overall jankiness (This is a feature - we promise)

Download and extract "TeamTimezone_SkyRailPirates.rar" to a location of your choice. The game can then be started by running "SkyRailPirates.exe"

Can only be played on Windows 64 bit systems. 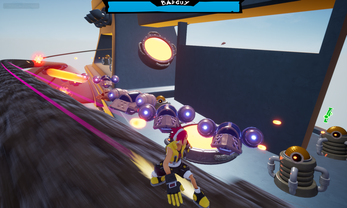 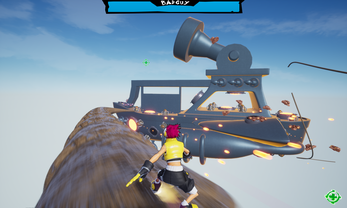 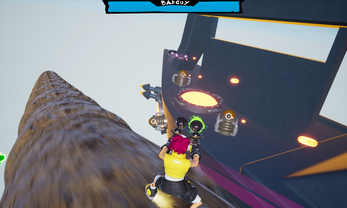